After a stroll in Montmartre, you’ll be starving! That’s why we want to introduce you to this rare gem, a unique place in the Parisian district. Let’s head to Moulin de la Galette restaurant…

The story of a windmill, in Montmartre of course!

This famous windmill – called la Galette  – is the last remaining operational windmill in the Montmartre district. Even though the mill is located on a private property inaccessible to the public, everyone can see it at the corner of rue Lepic and rue Girardon. In the same place, you can find the eponymous restaurant: Le Moulin de la Galette. The famous singer Dalida had her regular table there, still preserved. You came at the right time – dinner is served! 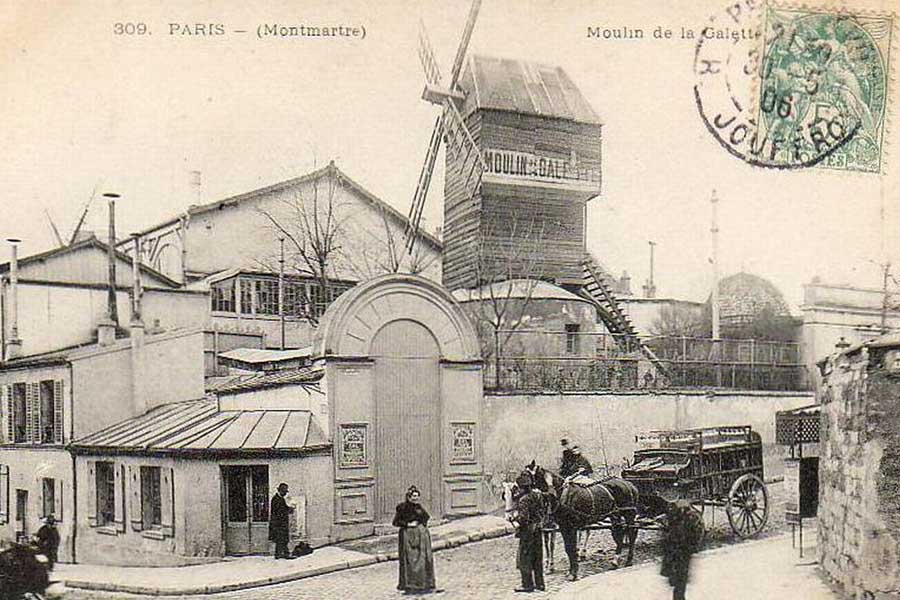 Two partners in love with the windmill and Montmartre

The windmill was converted to an open-air cafe in the 19th century and finally a restaurant in the 1980s. Later in 2015, two friends took over the Moulin de la Galette restaurant. Cédric Barbier, a businessman living in Montmartre for a long time, went into partnership with an adventurous chef, Nicolas Tourneville. They wanted to breathe life back into a mythical place on Montmartre hill while offering truly French traditional gastronomy. 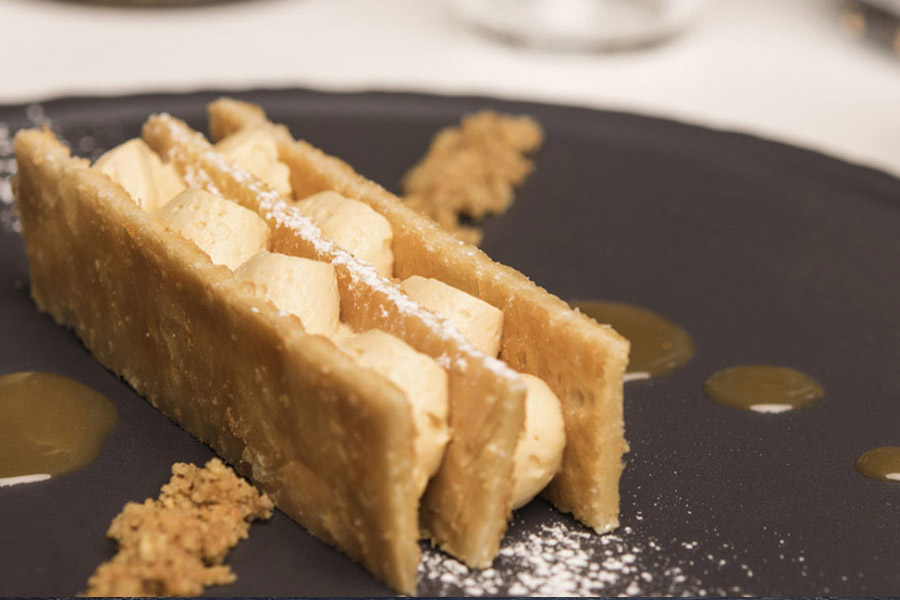 After crossing the charming flowered courtyard, a large, refined room welcomes you. In the kitchen, the chef Nicolas Tourneville and his executive assistant, Anthony Huguenin, offer a market-fresh seasonal menu. 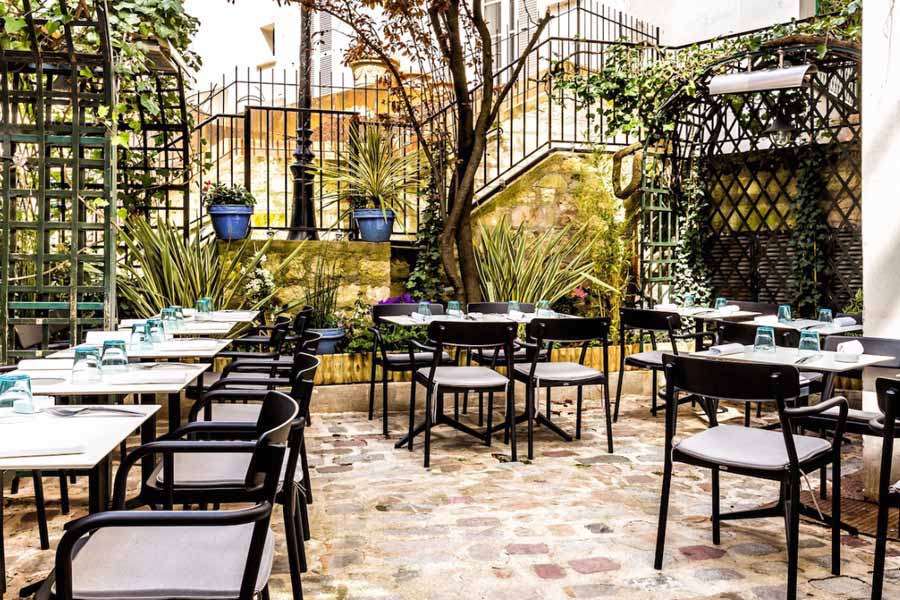 À la carte: several dishes catch our attention like the foie gras terrine served with roasted quince fruit, beef cheek stew in a cabernet sauce, and to end your meal with something sweet, try the pineapple carpaccio with a side of sorbet.

If you want a perfect wine match, you can trust the sommelier or choose one to fit your taste of the moment… 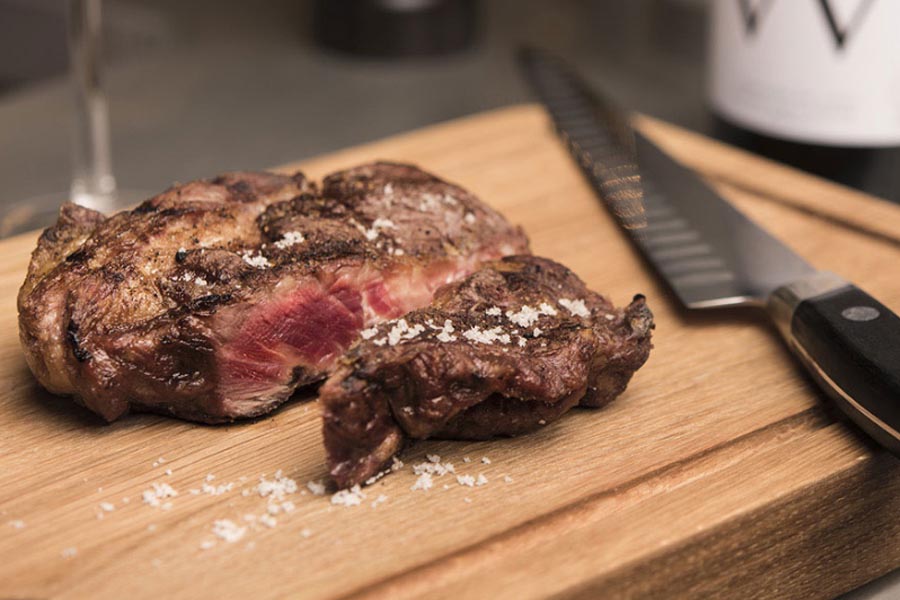 Le Moulin de la Galette restaurant is a pleasant option for a meal before or after a team building activity organized by Booster2Success in the Montmartre district. We have developed quirky treasure hunts in for you to enjoy in different districts of Paris.

CONTACT US to organize a corporate event in Paris.

We are using cookies to provide the best experience on our website. If you continue to use our site, we consider that you accepted the cookie policy.Ok